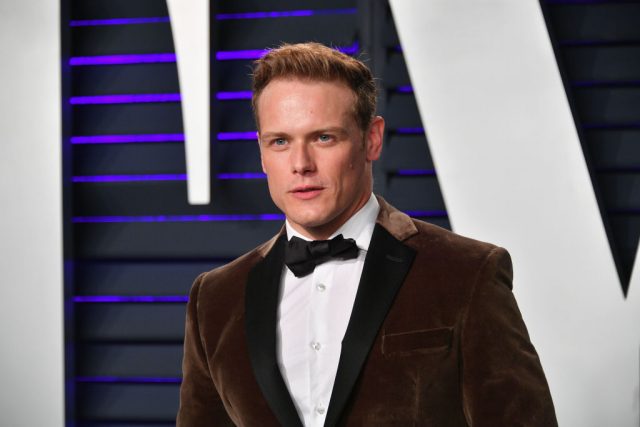 Is Outlander star Sam Heughan about to become the next James Bond? Heughan has been very vocal about landing the iconic part in recent months and Outlander fans have shown an outpouring of support on his behalf. While the franchise has yet to make an announcement, Heughan is officially the frontrunner to landing the part as the next 007 – at least as far as the oddsmakers are concerned.

Will Sam Heughan be the next Bond?

There are plenty of actors in Hollywood who would love to replace Daniel Craig as the next Bond. Apart from Heughan, Richard Madden (Game of Thrones), Tom Hiddleston, and James Norton are all on the top of the list to nab the part.

Despite being up against some stiff competition, bettingagencies recently declared that Heughan has the best chances of securing therole – which would be a dream come true for Outlanderfans around the world.

“Over 70 percent of all the bets we have taken on JamesBond over the last seven days have been for Sam Heughan who is proving a verypopular choice with punters who see the Outlander star as the perfectreplacement for Daniel Craig,” John Hill of Coral explained.

According to Scotsman,Hill noted that there has not been a Scottish Bond since Sean Connery startedthe franchise in the 1960s. If Heughan manages to win the part, it would be ahuge win for Scotland.

Sam Heughan, of course, has played the role of Jamie Fraser in Outlander for the past four seasons and has landed a few parts on the big screens. But playing James Bond would be a major bump for his career.

What about Henry Cavill?

With Heughan, Madden, and Hiddleston having the best chances of becoming the next Bond, fans are probably wondering what happened to Henry Cavill.

The Man of Steelstar recently revealed that he once auditioned for the part but was surprisinglytold that he was a little too chubby for the role.

Cavill, of course, auditioned way back in the 2000s, whichwas long before he figured out how to keep in shape for films. The parteventually went to Craig, who has proven to be one of the best Bonds ever.

We do not know if Cavill auditioned again, but there islittle doubt that he is in good enough shape now.

While Outlanderfans would love to see Sam Heughan snag the part, Craig still has one moremovie to go as the iconic secret agent. Craig’s final outing as Bond, No Time To Die, is scheduled to open intheaters next April.

In fact, Craig and his co-star, Rami Malek, recently appeared on Good Morning America along with the director of the film, Cary Fukunaga. The interview coincided with the release of a new trailer, which gave fans their first look at Malek’s villain in the film.

The movie will be Craig’s fifth outing as Bond, and he will not be returning to the franchise when it is over. The film will also see Jeffrey Wright returning as Feliz Leiter, Ralph Fiennes reprising his role as M, and Naomie Harris as Moneypenny.

What do we know about ‘No Time To Die’?

The synopsis of the film gives us a loose idea about what toexpect in Craig’s final Bond movie. The film will start with the 007 agent enjoying hisretirement in Jamaica when Leiter, a CIA agent, tracks him down.

Leiter asks Bond to help him track down a scientist who hasmysteriously gone missing. Bond quickly determines that the scientist wasabducted and comes face-to-face with a “danger the likes of which the world hasnever seen before.”

We can assume that the danger has something to do withMalek’s character, though we are still in the dark about the villain.

Apart from the aforementioned cast, Ana de Armas is expectedto play a character named Paloma, while Christoph Waltz was also spotted on theset of the movie, so there is a chance his character is returning as well.

No Time To Die isscheduled to open in theaters on April 8.

Posted by mediaadmin at 9:37 AM