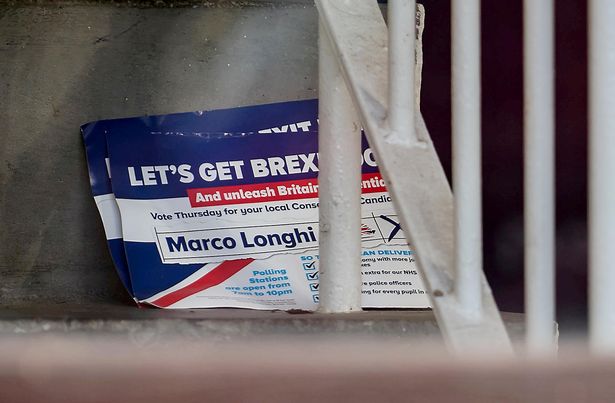 People living in Corbyn Road have called for its name to be changed, claiming they're afraid it will cause their houses to plummet in value.

Yesterday the Labour Party lost its grip on Dudley North to the Conservatives, turning the constituency blue for the first time since its conception.

At the heart of the town is a 600m road which shares a name with the man who beckoned Labour to its worst election result since 1935, Birmingham Mail reported .

Melanie Dudley, the Labour candidate who shares a name with the seat she fought for, blamed Corbyn for the party's failure.

She said: "Corbyn didn't always play well on the doorstep. At all."

Now some of those beyond the doorsteps and inside the houses along Corbyn Road are pushing for a name change to avoid association with the soon to be former Labour leader.

"It used to amuse my grown up children that I live on Corbyn Road but frankly it's now more of an embarrassment.

"I've got Jewish friends who are appalled at what's happened in the party since he was leader.

"It's time his name was wiped from history and the name of our street. I don't care what they call it but not after any politician because they're all bloody awful."

One said: “We’ve always known the name attracts attention and it didn’t matter as much when the town was Labour but now it’s associated with the worst Labour leader there has ever been.

“The name must go. House prices in this area are already struggling, the last thing we need is potential buyers being put off by the street name.”

Jan Onley took to Facebook to suggest that residents launch a petition to change the road name.

“Mr Corbyn doesn’t represent us so why does his name appear on our road sign?" she asked.

“Let’s lobby the council to change it to something we all agree with. My suggestion is Unity Road but I’d love to hear other ideas.”

Former Labour stalwart Ian Austin represented Dudley North for 14 years until he dramatically quit in February over Corbyn's leadership and handling of the anti-semitism scandal engulfing the party.

Weeks before the election he also dealt a body-blow to his former leader when he urged voters to back Boris Johnson .