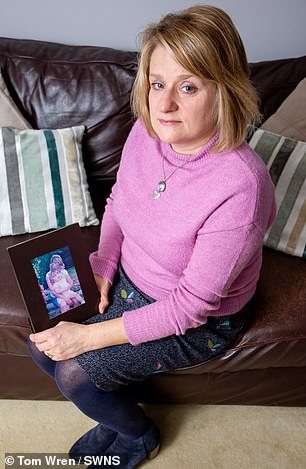 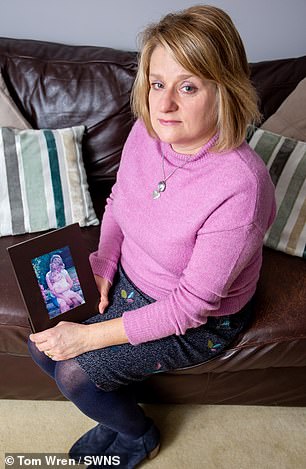 The parents of a murdered schoolgirl say they feel ‘completely let down’ after being told today that her killer’s jail sentence will not be increased.

Carole and Matt Gould are ‘bitterly disappointed’ Thomas Griffiths was given a minimum 12 and a half year jail term for the murder of their 17-year-old daughter Ellie.

A court heard how Griffiths, 18, stabbed Ellie repeatedly in the neck in a ‘frenzied attack’ in her own home after she ended their short relationship.

Her parents had appealed to the Crown Prosecution Service (CPS) and the Attorney General to increase the teenager’s jail term after he was sentenced last month.

They said it was too lenient given the violence and ferocity involved in her death last May.

Ellie was stabbed at least 13 times in the neck with a kitchen knife.

But today her parents from Calne, Wiltshire, were told that it would not be appropriate to refer the sentence to the Court of Appeal.

In a letter addressed to Carole, the Attorney General’s office said that the jail term did not meet the threshold for undue leniency. 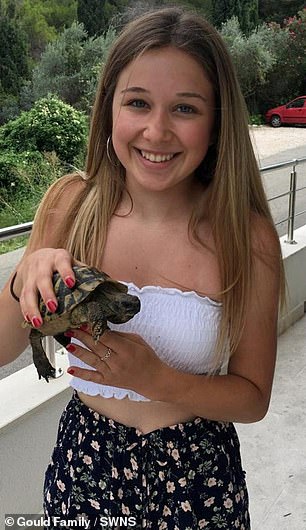 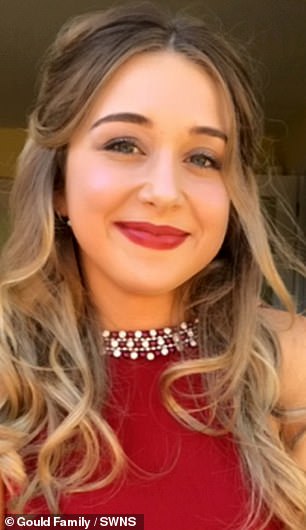 Ellie Gould was stabbed to death by Thomas Griffiths at her home in Calne, Wiltshire, in May. Ellie had broken off her relationship with Thomas Griffiths because she wanted to focus on her A-level studies 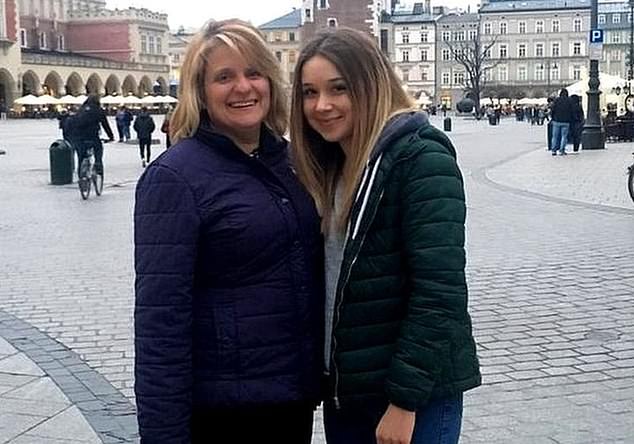 Ellie’s parents were told it would not be appropriate to refer Thomas Griffith’s sentence to the Court of Appeal. Carole said it feels like ‘there is nothing else’ she and her husband can do

It added that the country’s chief legal adviser, Geoffrey Cox QC, understood how disappointed the parents would be and that it wouldn’t be the news they were hoping for.

Carole, 49, said: ‘We’ve been completely let down by the judicial system. It feels like there’s nothing else that we can do.

‘He’s committed a crime and he’s not getting a fair sentence for it. Nothing makes sense any more.’

‘How can he do something so callous and the Attorney General not change the sentence?

‘In the original statement the CPS put out, they called the crime premeditated. Why does the sentence not reflect that?’ 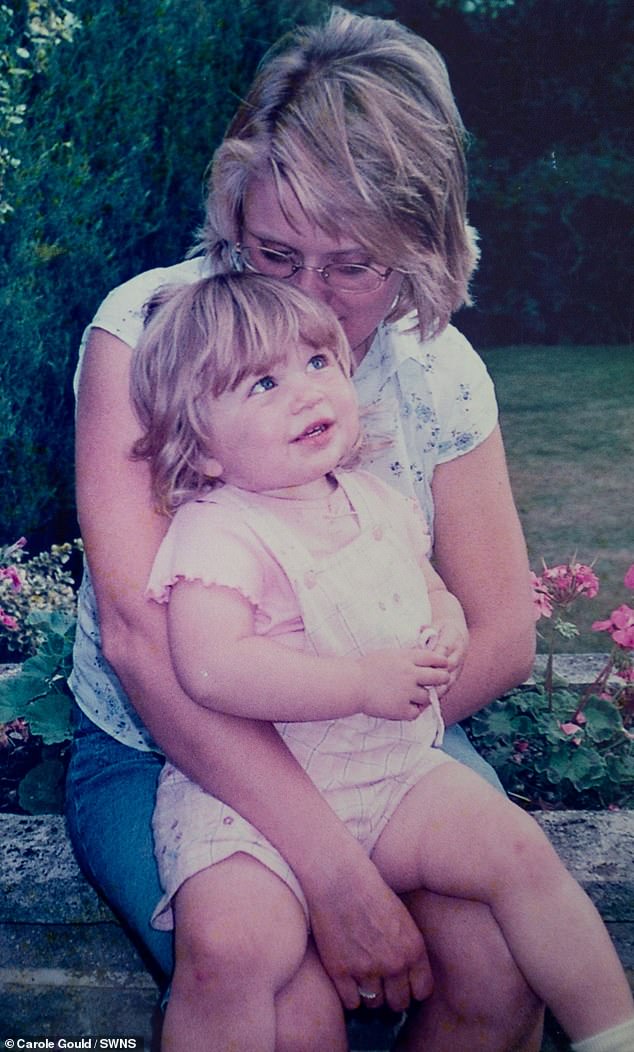 In a joint statement Ellie’s parents, Carole and Matt, said there is ‘something very wrong’ with the criminal justice system in Britain

In a further statement, the pair added: ‘We are bitterly disappointed that once again the British Justice system has not only let us but also the nation down.

‘When the Attorney General quotes in his letter to us that Griffiths’ crime not only shocked him, but also the nation, yet doesn’t feel it is appropriate to refer it to the Court of Appeal to have the lenient sentence reviewed, there is something very wrong with criminal justice in Britain today.

‘All we can do as a family is fight Griffiths’ parole when the time comes, to keep such a dangerous individual off Britain’s streets and keep the public safe. 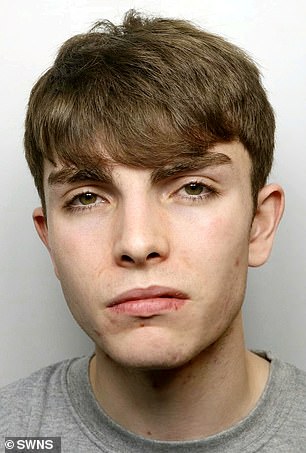 ‘We would like to take this opportunity to thank both the British public and the global support we have received in the way of messages, emails and letters.’

Griffiths was jailed for life at Bristol Crown Court by Mr Justice Garnham in November after being convicted of Ellie’s murder.

He was told he would serve a minimum term of 12 and a half years.

During his trial the jury heard that he went to her family home in Wiltshire and stabbed her in the neck multiple times, after she had ended their short-lived relationship.

The 18-year-old then placed her hand on the knife he had used in a bid to make her death look like suicide.

He was caught soon after despite trying to cover his tracks further by sending fake messages before being sent down for her murder at Bristol Crown Court.

Ellie’s lifeless body was discovered by her dad, Matt, 52, – who described the scene as ‘the most frightening, horrific and saddest’ he had ever seen.

Carole has now released extracts from her daughters essay, written weeks before her death, that stated young people who kill are ‘unforgivable’.

The essay, which was part of her Extended Project Qualification college project, was titled: ‘Should children who commit murder be held criminally responsible for their actions?’

Ellie Gould’s Essay: ‘Should children who commit murder be held criminally responsible for their actions?’

‘Children should be held criminally responsible as each person has the ability to act in a way which they believe is to be right or wrong.

‘Children have this ability and they have the understanding that murdering a person is one of the most detrimental and heartless things a person can do.

‘They are a danger to society.’

‘They should [also] be held criminally responsible for their actions to give [James Bulger’s] family the closure that they needed.’

‘They were ordinary people who didn’t deserve to go through all of that pain and suffering.

‘Many people who commit crimes from a young age have natural desires to make bad choices and are not willing to change.

‘[Children] should be held criminally responsible to keep society safe to ensure that they cannot commit similar acts that could be detrimental to themselves or others.’

Ellie, who wanted to join the police, included details in the piece about the James Bulger case before concluding child killers should be held accountable for their actions.

One extract says: ‘Children should be held criminally responsible as each person has the ability to act in a way which they believe is to be right or wrong.

‘Children have this ability and they have the understanding that murdering a person is one of the most detrimental and heartless things a person can do. They are a danger to society.

‘They should [also] be held criminally responsible for their actions to give [James Bulger’s] family the closure that they needed.’

Speaking about the essay, Carole previously said: ‘Ellie wrote an essay about child killers in the weeks before her murder.

‘It was titled “Should children who commit murder be held criminally responsible for their actions?”

‘She thought yes, they should, as every person has control of their actions and decisions. Ellie wrote about the murder of James Bulger. She wrote that the boys who killed him should be brought to justice, for James and his poor family.

‘Ellie thought the sentences for child killers should bring justice for the victim and the victim’s family – so that’s what we’re fighting for. Ellie was switched on. She could judge a character well and loved watching detective programmes on the TV.

‘She even thought about joining the police academy apprenticeship after sixth form. This was her first boyfriend and there were no red flags to start off with.

‘He was quiet, came over for dinner with our entire family and was quiet. Griffiths was a normal boy, not someone we thought was capable of what he’s done.’

Email ThisBlogThis!Share to TwitterShare to FacebookShare to Pinterest
Labels: are, girl, murdered, of, Parents, t