Boy who was burned during nativity was wearing a SHEEP costume 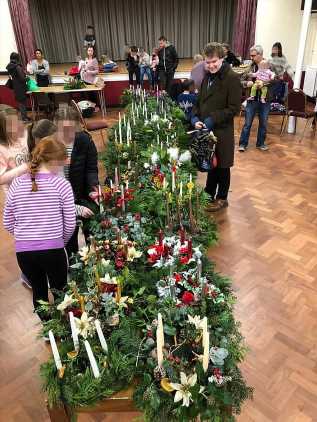 Boy, eight, who was horrifically burned during nativity play was wearing a SHEEP costume that caught fire when a shepherd’s candle was dropped

A school nativity play descended into horror when an eight-year-old boy was set on fire.

Shocked parents watched as a candle slipped out of a child’s hand and fell on to the boy, who was dressed as a sheep.

They told how the victim’s father jumped up and shouted, ‘My son! My son! He’s on fire!’ as the flames quickly spread and his son was engulfed in seconds. 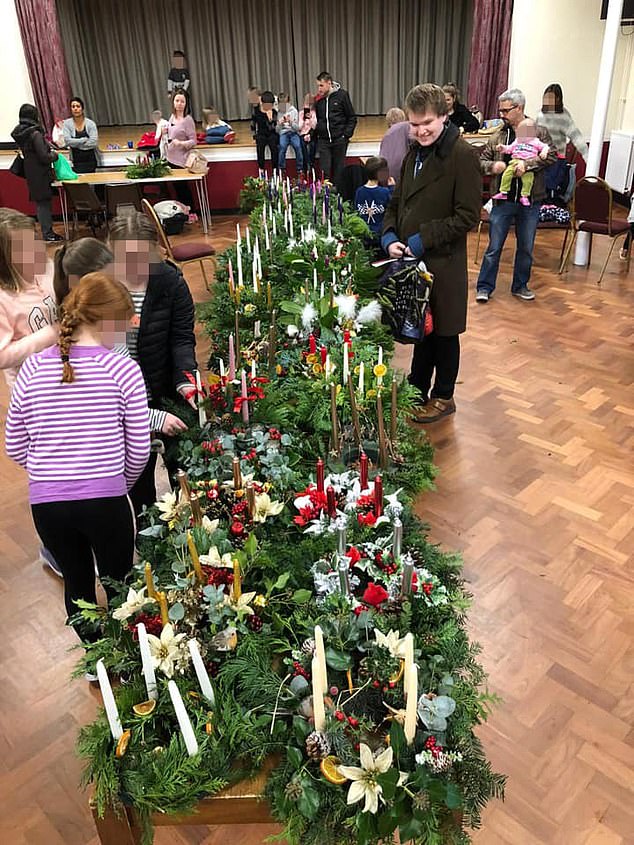 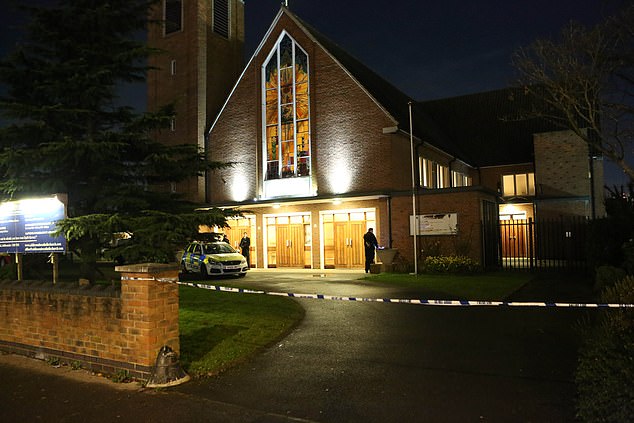 The boy was injured during the incident at Our Lady of the Annunciation Church on Bingham Road, Croydon, on Wednesday afternoon 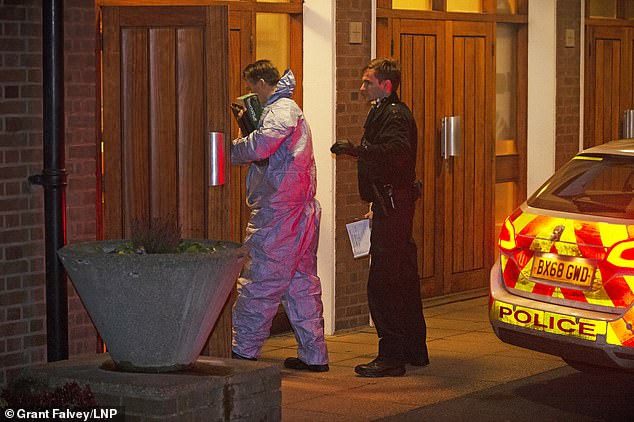 Police are carrying out investigations following the incident in which a child sustained severe burns. He remains in critical but stable condition

The Year 3 pupil, who was airlifted to hospital, suffered serious burns and was in a critical but stable condition yesterday.

A man and a woman, who are believed to have tried to help the child, were also injured and taken to hospital.

Last night, parents questioned the school’s health and safety policy after the children – some as young as seven – were allowed to hold naked flames on stage. 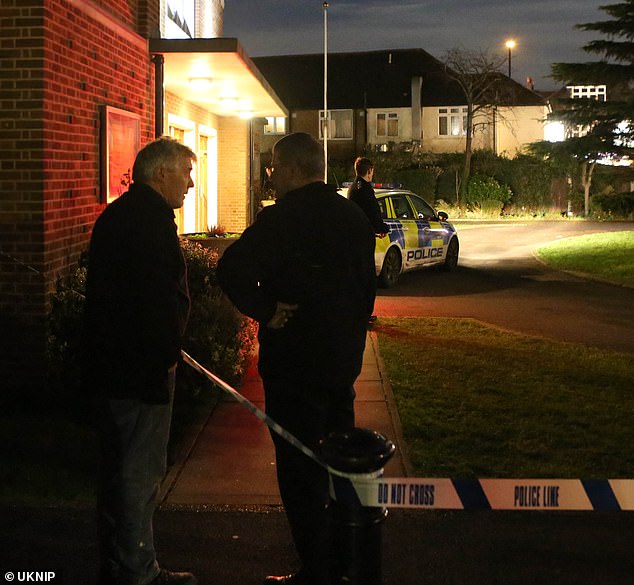 One parent reported seeing children in tears after seeing the child engulfed in flames, while another witness later saw children filing out the building (pictured, police outside the building)

The TV presenter has since urged parents to be more vigilant about the potentially dangerous and flammable materials used in children’s fancy-dress costumes.

Students from St Thomas Becket Catholic Primary School had been performing their nativity play in the Addiscombe Catholic Church in Croydon, south London, on Wednesday.

A mother in the audience said the incident happened just ten minutes into the performance as pupils sang on stage. She said they were all holding candles when a boy dressed as a shepherd dropped his.

The woman, who wanted to remain anonymous, said: ‘I don’t know exactly how it happened, maybe he tripped, but it went on to the boy in front of him wearing a sheep costume. 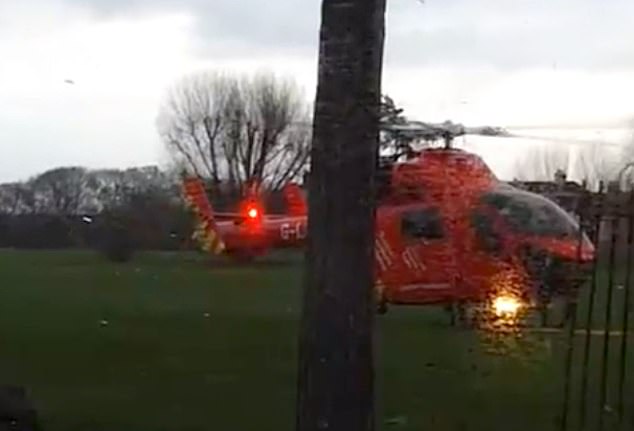 London Air Ambulance and LAS attended the scene. Police were called to the church in Croydon on Wednesday, 11 December at 14:21 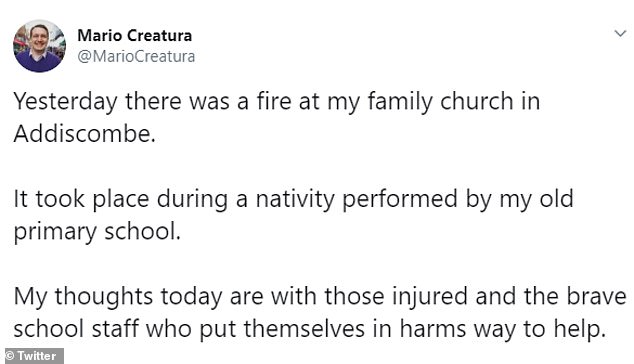 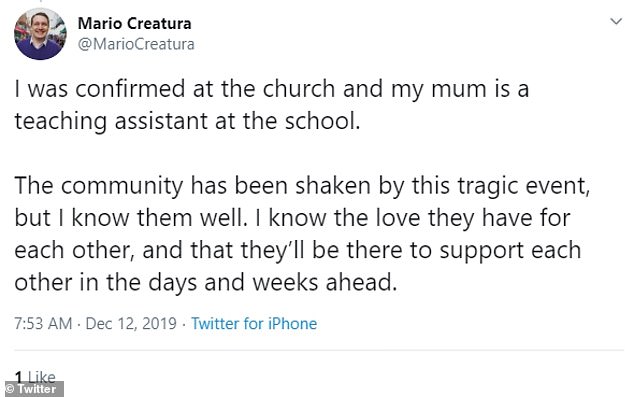 Tory candidate from Croydon, Mario Creatura, tweeted about the incident and said his mother works at the school. He paid tribute to the ‘brave school staff who put themselves in harms way to help’

‘It was one of those cheap ones you get. I don’t think they’re very safe. It went up in flames. Everyone was panicking and the kids were all crying. No one really knew what to do, it was a shock.

‘I don’t know why they were all allowed to hold naked candles? They could have used battery-powered ones. It doesn’t make sense – was no one thinking about the health and safety?’

The school’s head, Noel Campbell, said: ‘Our whole school community is devastated by the incident that occurred at our carol service. 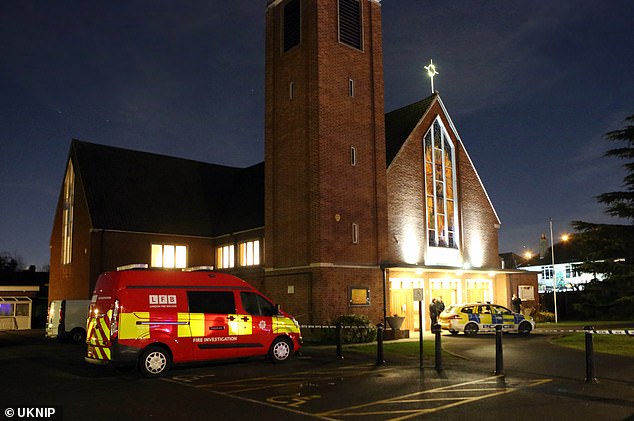 London Air Ambulance and London Ambulance Service attended the scene. The child has been taken to hospital, his next of kin have been informed (pictured, emergency services outside the church today) 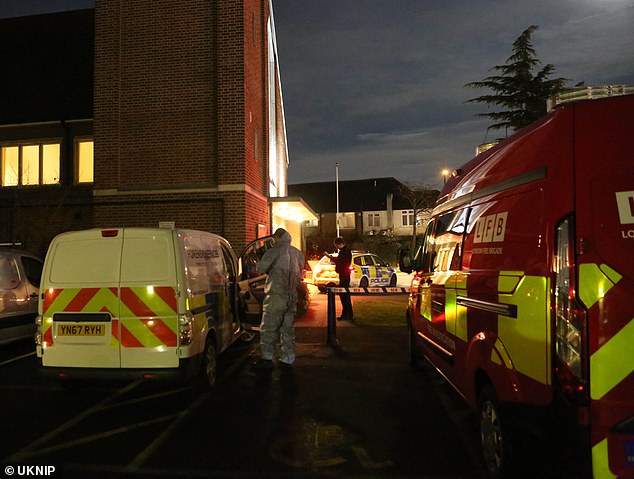 Police (pictured outside the scene) have said the child suffered serious injuries as a result, while a man and a woman, who are believed to have tried to help the child, were also injured

‘Our thoughts and prayers are with the child and his family at this difficult time. Following this incident our pupils, staff and families are being given support.’

The London Fire Brigade and the Health and Safety Executive (HSE) were informed after the incident. An investigation will now be opened into the incident by either HSE or Croydon council.

An HSE spokesman said: ‘HSE has been informed by the emergency services, who have led the initial response. We will liaise with the local authority to establish which agency is best placed to take this forward.’ 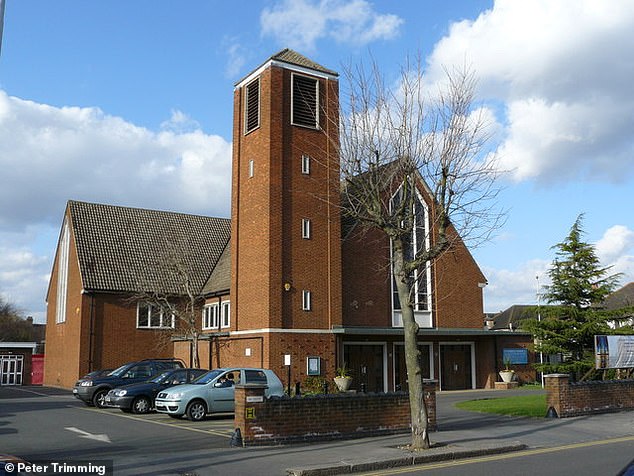 The incident took place at Our Lady of the Annunciation Church (above) on Bingham Road. Two adults were also treated for burns at the scene 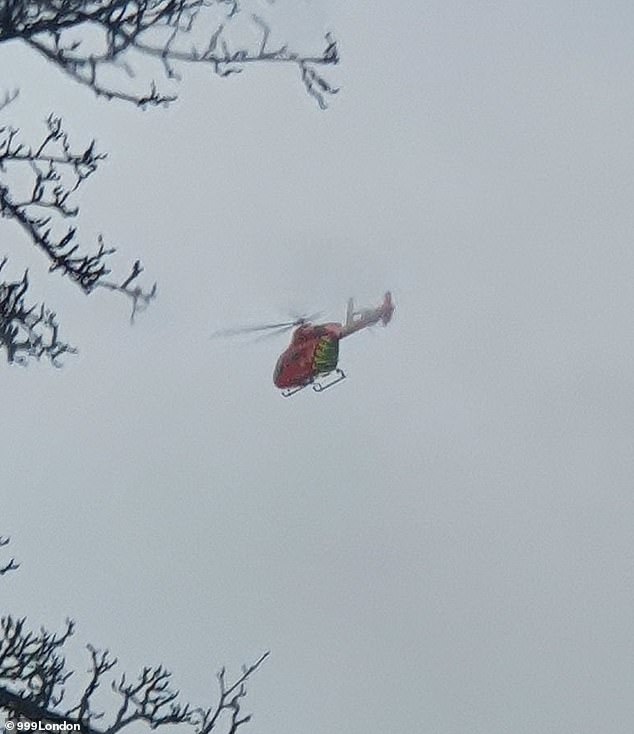 A London Ambulance service spokesperson said three people were treated at the scene for burns, including a child, a man and a woman

London Fire Brigade has warned teachers and parents against using real candles after a young boy was left with critical burns when his nativity costume caught fire.

Three people, including the child, were injured during the incident at Our Lady of the Annunciation Church in Bingham Road, Croydon, at about 2.10pm on Wednesday.

The boy, believed to be between the ages of seven and 10, was taken to hospital by air ambulance and remains in a critical but stable condition.

Pupils from St Thomas Becket Catholic Primary School in south London were attending the nearby church for a musical nativity celebration when the boy’s costume came into contact with a lit candle.

A man and a woman were also taken to hospital by road.

‘They are a completely unnecessary hazard when it comes to children and school plays.

‘Sadly this isn’t the first time we have seen clothing and costumes set alight by candles and people need to recognise the risk and prevent these incidents from happening again.

‘People should not be using real candles – especially around children, costumes and decorations – when there are far safer alternatives available.’

Mr Daly added LED or electric candles should be used, especially in the festive season when clothing and decorations can pose additional hazards.

London Ambulance Service attended the scene on Wednesday afternoon and later called officers from the Metropolitan Police, who are not investigating the incident.

The Health and Safety Executive was also informed.

Croydon Council will now review the incident with the school, the Archdiocese of Southwark and London Fire Brigade.

A council spokesman said: ‘Our thoughts are with all those affected by this very sad incident and we are supporting staff, pupils and the wider school community.

‘We will be working closely with the school, the diocese and London Fire Brigade to review the circumstances to minimise the risk of anything like this happening in the future.’

Head teacher Noel Campbell said: ‘Our whole school community is devastated by the incident that occurred at our carol service yesterday.

‘Our thoughts and prayers are with the child and his family at this difficult time.

‘Following this incident, our pupils, staff and families are being given support.’

A statement from the archdiocese said: ‘The Archdiocese of Southwark was informed of an incident that occurred at Our Lady of the Annunciation Catholic Church in Addiscombe, which led to a child suffering serious burns and two adults also sustaining injuries.

‘At this time our thoughts and prayers are with the child and those injured, their families, and the school and parish community.

‘The archdiocese and school involved are co-operating fully with the ongoing investigation.’

Posted by mediaadmin at 4:10 PM

Email ThisBlogThis!Share to TwitterShare to FacebookShare to Pinterest
Labels: Boy, burned, during, nati, was, who